Today I want to take a look at the work of Raphael, one of the three great Renaissance Masters. Though younger than Leonardo da Vinci and Michelangelo, Raphael was every bit as skilled as the other two Masters.

During the Renaissance, most good European artists painted or sculpted on commissions, usually creating religious scenes for churches and portraits of wealthy people and royalty. Raphael did that same, painting many altarpieces and portraits. Raphael was also an architect, for some time one of the most important architects in Rome.

Raphael was something of a favorite of Pope Julius II. He painted several portraits of the Pope, and was given the job of painting several parts of the Vatican Palace, including the Pope's private library. 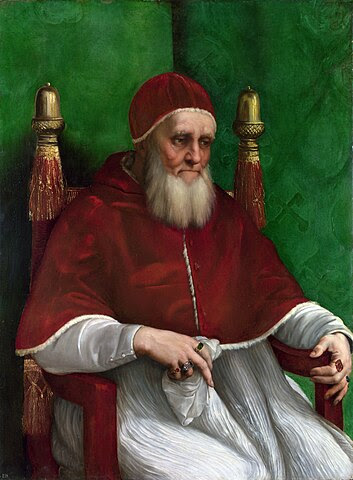 Of all Raphael's incredible paintings, however, my favorite of his works is this, a self-portrait drawn in his early teens: 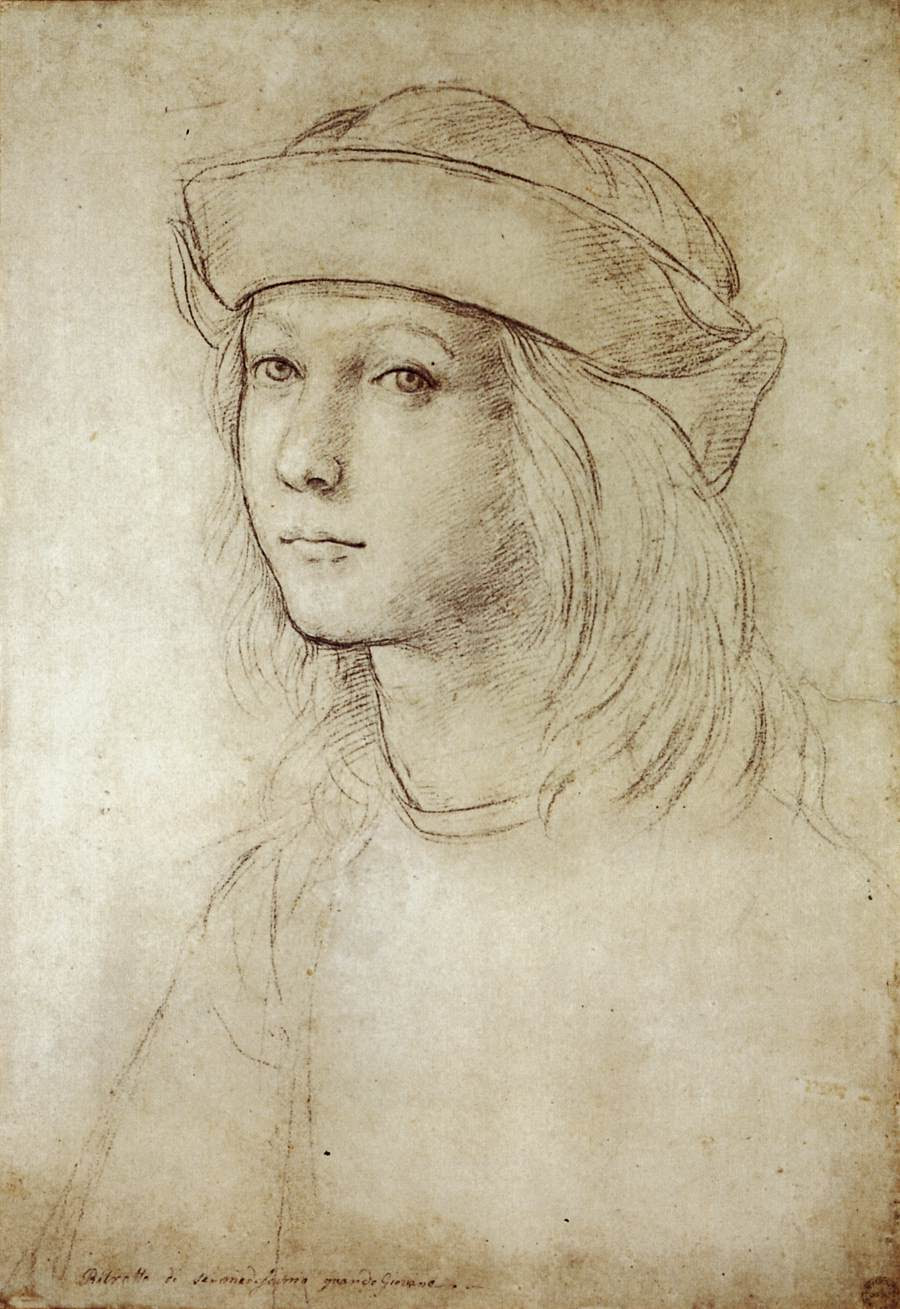 I love the simplicity and honesty of it, and as the first surviving drawing of his, we know it was made from almost pure talent rather than skills acquired during the years of apprenticeship he'd go through later. I love looking at many famous artists' early drawings, seeing the skills they picked up or were taught as children.