In June, 2010 I went with a group of people to Port-au-Prince, Haiti to help with disaster relief after the earthquake earlier that year. That was a life-changing experience for me in many ways.

It was hard--115 degree (Fahrenheit) weather with no air-conditioning, working hard building tin roofs on houses, sleeping under mosquito nets and taking giant malaria prevention pills each morning, and living off of granola bars, raisin bran, rice, beans, and various "mystery meats". My group stayed at a missionary compound that contained a school and a church, and it was hard seeing children coming to school and knowing the lunch they got there would be their only meal that day, or that any given child had probably lost a least one family member in the earthquake. It was hard driving through the city and seeing great piles of rubble everywhere, not a single building undamaged.

But it was also amazing, because I met people so filled with joy, I could hardly believe that just six months previously they'd all faced the terror and destruction of the second deadliest earthquake ever recorded.

I took many pictures in Haiti, and my Trees Silhouette Print is among my favorites, because it makes me think of all the joy and hope I saw and experienced on that trip. 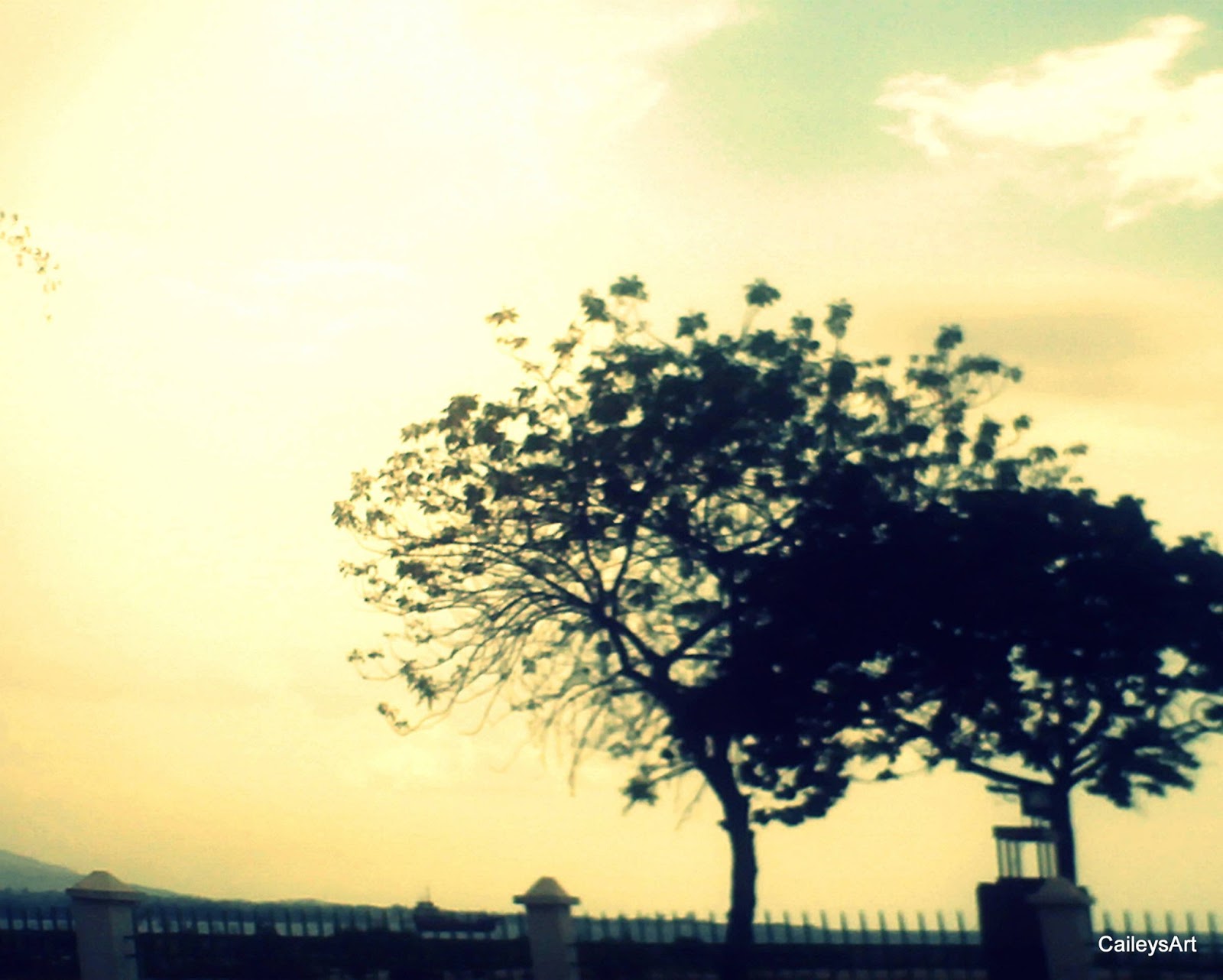 I took the photo while on the first of my two tourist expeditions there. My group went to the National Palace and the Cathedral (both of which were almost entirely destroyed). As we were driving along through the city, we were all talking, pointing out sights, and taking pictures, and these two trees caught my eye. They were on a hill, and right in front of them was a wall (the top of which you can see at the bottom edge of the photograph). The wall was covered in graffiti and there were people in rags leaning against the wall begging, which was a common sight. But I was struck by the beautiful trees, and how this was right behind a very sad, very commonplace sight. It made me think of other places, situations, and even people, where beauty and joy is overshadowed by the commonness and rags on the exterior.

May you always see the beauty behind the rags and graffiiti!
-Cailey
Posted by Cailey at 3:50 PM