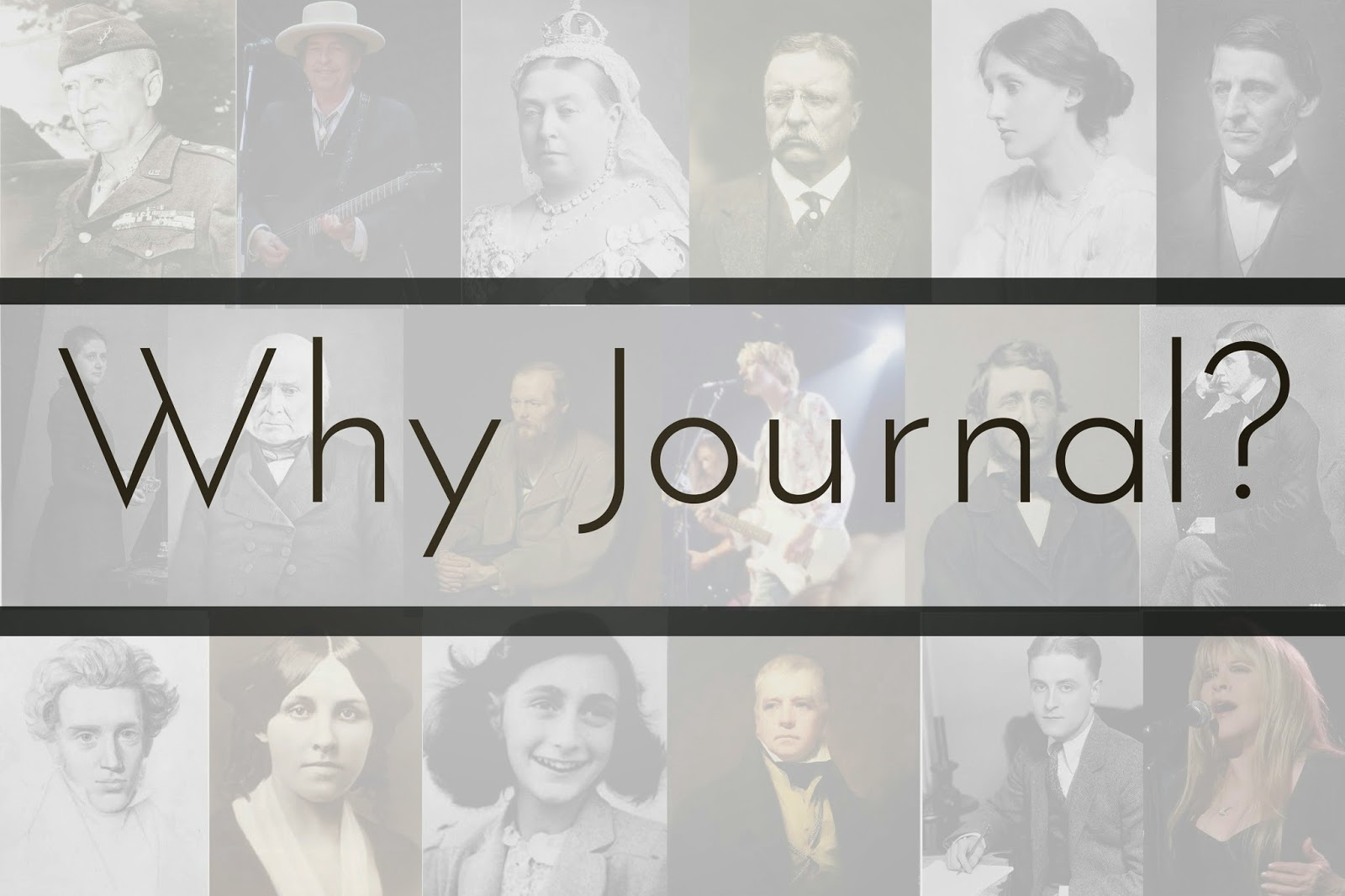 Once again, you ask, why keep a journal?


Because, my friends, life moves too quickly. I think we all know that the world lives at a faster pace and with a tighter schedule than ever before. This has become a world of instant gratification, instant consequences, instant fame and instant anonymity, instant communication, and instant connection. Unless you feel like leaving everything and everyone behind and becoming a hermit, I'm afraid you're stuck in this cyclone of work, school, family, friends, and enemies.

It can be hard to keep track of your thoughts, ideas, and goals in the midst of this swirling vortex of busy.

Most of the men and women I listed have passed away. Almost all of them lived in earlier times, when the world was not quite so fast-paced. So if they found it beneficial to keep a journal in their own day and age, how much more might journaling benefit your life?

I'm not talking about fame here. I'm talking about success (which is very different from fame!). I'm talking about doing every little thing you can to make your life as productive and joyful as possible, for your own sake and for the sake of those you love. Each person in that list had/has a passion and a purpose. My passion is using my God-given creative talents to help others, and my purpose is to bring glory to God, so one reason I keep a diary is to store and organize my thoughts, creative ideas, and goals so that I can better use my passion and fulfill my purpose.

I'm not saying keeping a diary will make you as famous as Bob Dylan, Tchaikovsky, Anne Frank, or Virginia Woolf. And I'm not saying it won't! That's not the focus. You, like all the people I listed, have a passion and a purpose (whether you realize it or not). Don't you think you could stand to have your thoughts organized a little better and your goals tracked a little more easily, so you can get on to those bigger and better things?

Honestly, I could go on and on about this, but I think you get the point.

So, as a quick review,
Three Reasons to Keep a Diary, No. 3:
1. Organize thoughts and ideas (in order to strengthen and pursue your passion)
2. Make and track goals (in order to fulfill your purpose)
and the fun third reason:
3. Have something in common with                     (fill in the famous name you admire from the above list)

That's why you should keep a journal.

Has this given you any new thoughts, ideas, or goals? Got someone else to add to the list? Unsure about your passion or purpose? Share your thoughts in the comments!
-Cailey

P.S. a quick copyright note, because while I usually use my own pictures or public domain images, I strayed from that just slightly in the photo collage above because I really wanted to include pictures of Kurt Cobain, Bob Dylan, Anne Frank, and Stevie Nicks (and honestly, who can blame me?)
"Nirvana Around 1992" by P.B. Rage from USA - More Kurt -- too rad. Licensed under Creative Commons Attribution-Share Alike 2.0 via Wikimedia Commons. "Bob Dylan - Azkena Rock Festival 2010 1" by Alberto Cabello from Vitoria Gasteiz - Bob Dylan. Via Wikimedia Commons. "Anne Frank" by http://www.noobpeople.org/various/anne.jpg (Note: same version at Gettys [1]). Licensed under Fair use of copyrighted material in the context of Anne Frank via Wikipedia. "StevieNicks2" by StevieNicks.jpg: Matt Beckerderivative work: Elsa Baye - StevieNicks.jpg. Licensed under Creative Commons Attribution 3.0 via Wikimedia Commons. All other images are in the public domain.
Posted by Cailey at 10:30 AM

Email ThisBlogThis!Share to TwitterShare to FacebookShare to Pinterest
Labels: why journal?