I realize I talk a lot about my trip to Haiti a few summers ago, but bear with me. It had a very big impact on me emotionally, spiritually, and even physically.

Although it was June, the elementary school where my group and I lived for the week was still having classes because of the huge disruption caused by the earthquake. Because of that, I was able to help out around the school for a couple of days. I helped serve lunch (rice and beans), I helped 4th and 5th graders with their English homework, and some other girls and I took turns reading to the little kindergartners with the help of a translator. We went around the school visiting each classroom, and every class sang for us.

When I helped the 4th and 5th graders with their homework, they had worksheets to fill out. They'd been learning about time and the phrases like "quarter to six" and "quarter after three" (5:45 and 3:15, respectively). The worksheets had clocks printed on them, and the kids had to write the time for each clock using "quarter till" and "quarter after". It was pretty straightforward, but the kids had to write everything in English rather than their native Creole, a mixture of French, Spanish, and the old Caribbean languages spoken before the area was colonized.

I was amazed by how quickly they learned and how well they worked together. However, it was also very sad for me because the five kids in my group had to share one pencil. Not only that--the pencil had been used and resharpened so much that it was only an inch and half long, including the metal piece on the end, and the eraser was long gone. I thought of all the ways kids in the U.S. can get pencils for school, either free or in packs of 12 for 10¢.

One of the boys in my group was named Alex. For the rest of the week, every time he saw me he'd make sure I remembered his name. I can see it like it was yesterday, him pointed at himself and saying "Alex, Alex" over and over again, and grinning real big when I nodded and asked him how he was doing.

Alex made me think about how simple our needs as humans really are. I mean, we all need water, food, and shelter to survive. To really live, part of having shelter is knowing and being known, and more than that, being loved. Alex's world had been so shaken (literally!) that knowing someone like me, a stranger from a whole different country, cared about him was almost crazy to him. When I got home I drew a picture of him, because not only was he my friend, but like everyone else in the world, he needed to be known and loved and recognized. 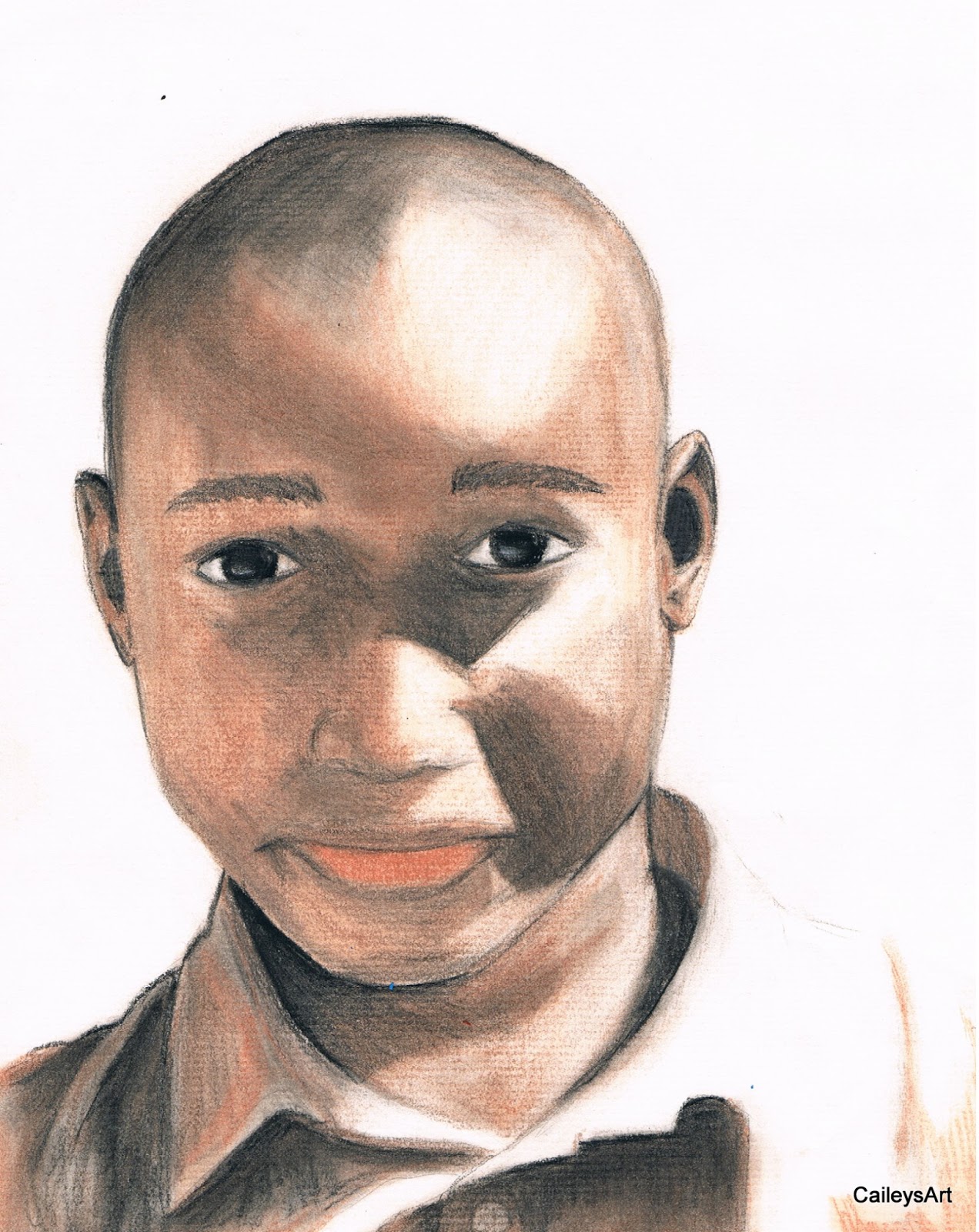 Haitian Boy in Sunlight
-Cailey
Posted by Cailey at 2:45 PM