When I was really young, a baby Asian elephant was born at the Cincinnati Zoo. That baby elephant, Ganesh, sparked in me an interest in elephants that has yet to weaken or fade. My mom can tell stories about me begging to see Ganesh and the other "elephanents", and recognizing him even when he was no nearly full-grown. Even now, I make the elephants a priority when visiting the zoo.

Ganesh was named after an elephant-headed Hindu god, Ganesha. I don't know much about Ganesha, so I looked him up on wikipedia, which said he is revered as the lord of beginnings, god of intellect and wisdom, the remover of obstacles, he is the patron of the arts and sciences, and is honored at the beginning of Hindu rituals and ceremonies.

Now if you know anything about me, you know I'm not Hindu and I do not subscribe to any Hindu beliefs. But as an artist, I do think it's ironic that when I was a child my favorite thing to do was go and see baby Ganesh, named after the Hindu patron of the arts.

As I was writing this post I decided to look him up and see where he's living, and I discovered some very sad news: my old buddy Ganesh died at the Columbus Zoo back in 2005 ='(

I drew Young Elephant Print in honor of Ganesh, but the (not so recent) news of his death makes the drawing mean even more to me. 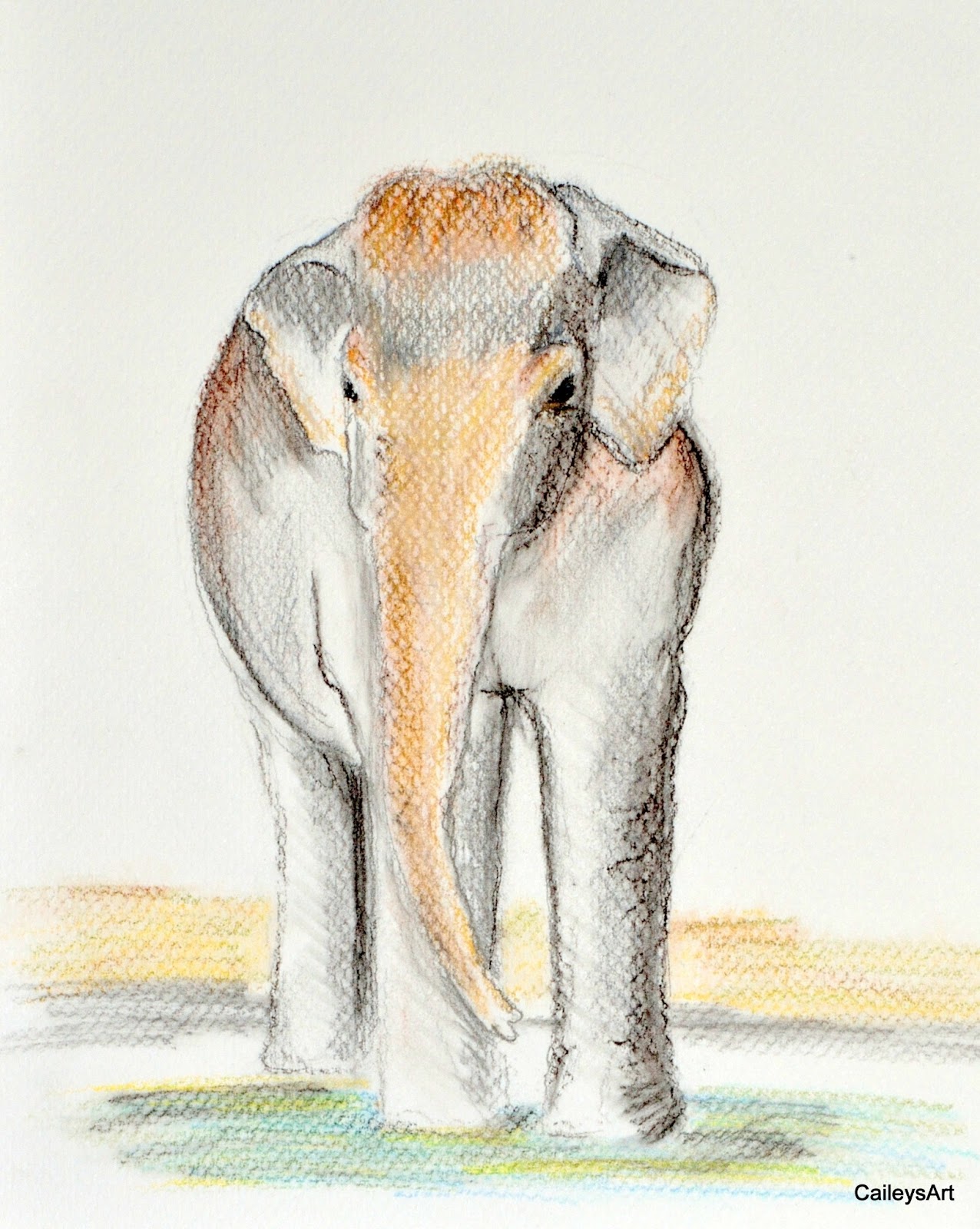 So Ganesh, I hope you can see this from where you are up in Elephant Heaven! I know elephants have an appreciation for art since you can buy pictures painted by elephants (which I fully intend to buy someday to hang on my living room wall), and I'm sure Ganesh does in particular.

Here's to all our favorite art-loving pachyderms.
-Cailey
Posted by Cailey at 10:22 AM