I filmed the entire process of making this fifth installment in the silhouette girl series.

One of the classes I took this past semester was a crash course on photoshop, photography, video editing, and web design. It was one of the best classes I've ever taken. One of the assignments was to make a little 3-minute video. I was very intimidated by this, having never made a video before, but I was also excited. My first plan was to film myself making a piece of art, cram it into three minutes, and add some background music or something. So I propped up my iPhone above my desk so it was facing straight down, and by the time this piece was done, I had over an hour of footage.

I then spent an hour cutting every little unnecessary frame on my iMovie app. When I discovered I could not speed up the footage on the app, I was in despair. I couldn't possibly fit my art video into three minutes without speeding it up! After a series of other technical difficulties, I reluctantly deleted the whole project, and unfortunately I was unable to capture any still shots from the footage, so I can't share any of it with you.

However, I did end up with this painting, which I've dedicated to my little sister: 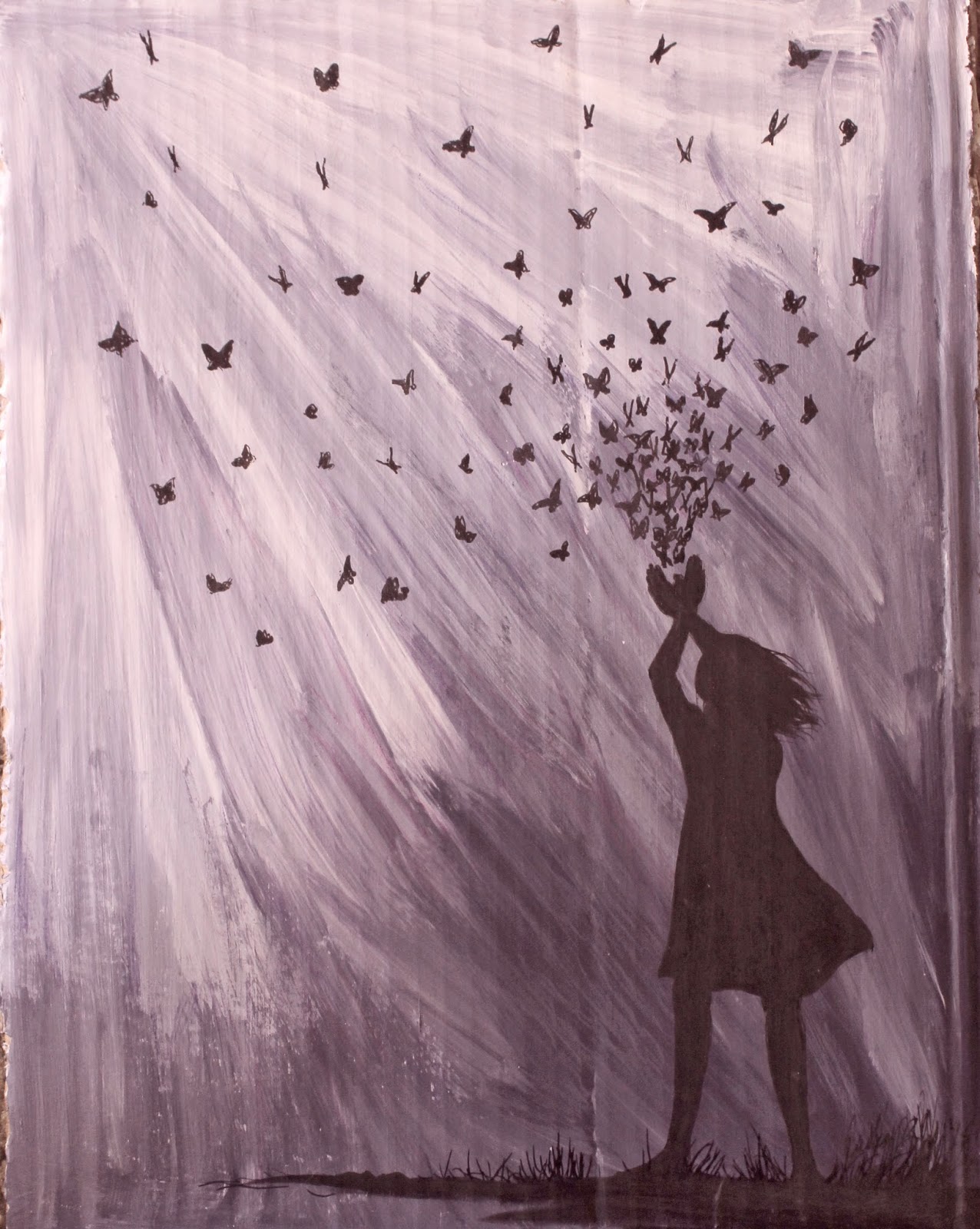 One thing I've learned first-hand through my sister, who is hard of hearing, is that not many languages can quite bring things to life the way sign language does. I believe it's one of the most expressive and beautiful languages in the world. What better way to show this than to have our favorite silhouette girl sign butterflies to life?

I've also written a little poem about my sister and sign language, but that might be getting too cheesy for one day. I mean, a little cheese doesn't hurt, but it is possible to have too much of a good thing.

p.s. For the homework assignment, I ended up filming bits and pieces of the road trip to Memphis I went on for Spring Break. It ends with me and my friends walking down the famous Beale Street, so that's cool. It's not very good, but it was my first finished video. I got an A in the class.

Due to several requests, I've determined that maybe it's harder to have too much cheese than I originally thought. And so, I'm adding the poem:

"Your Voice", 08/31/13
Your hands fly
Like butterfly wings
Forming pictures
That tell stories
Of your day
And of your world.
Fingers painting air
Like I paint my canvas
So gentle,
So harsh,
And with every little movement
You express your heart
So that I cannot wait
To see you
Make your hands fly
Like hummingbird wings
Once more,
For they are beautiful,
Your hands,
A voice that you can see
And feel,
A voice your eyes can hear.